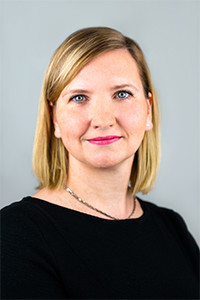 The Single-use Plastics Directive (SUPD) coming into effect on 3 July 2021 will not only ban several plastic applications, such as cutlery, plates or drinking straws from the market. It will also prohibit all products made from so-called oxo-degradable plastics. The Directive is quite clear on its definition, saying that “oxo-degradable plastic means plastic materials that include additives which, through oxidation, lead to the fragmentation of the plastic material into micro-fragments or to chemical decomposition”.

However, this definition would not only refer to what has been presented on the market as oxo-degradable or sometimes even mistakenly been promoted as oxo-biodegradable. It can also be expected that the definition will rule out any non-biodegradable plastics, such as polyolefins or PET, to which any sort of additive has been supplemented to enhance or accelerate the oxidation process of the polymer. Because, ultimately, this just mimics true biodegradation and might, in case of an incomplete process, lead to the creation of microplastics.

Biodegradability is an inherent property of organic substances to be decomposed by the action of naturally occurring microorganisms, such as bacteria, fungi, and yeast. Biodegradation describes the process of those microorganisms metabolizing a material into carbon dioxide, water, and biomass. The conversion to CO2 (also called mineralization) is a clear indicator that biodegradation takes place, whereas the mass loss of a polymeric material alone is not considered sufficient proof. The measurement of the released carbon dioxide and the related progressing of biodegradation of a material or product are described in several test methods. EN ISO 14855-1 and -2, for example, are test methods that can be used to determine the ultimate aerobic biodegradability of plastics under composting conditions by analyzing evolved carbon dioxide. The American test method ASTM D 6691 provides a guideline for the biodegradability of plastic materials in a marine environment. Just as other test methods, these examples do, however, not contain any pass-fail requirements, as are usually provided by specifications.

There are several cases, in which such test methods have been applied to additive-mediated plastics to make claims on biodegradability. However, many test methods, such as ASTM D5511, include the clear advice that they should not be used to make unqualified claims on biodegradation. Recognized standard specifications, such as EN 13432 for industrial compostable packaging or EN 17033 for soil-biodegradable mulch films, include clear pass-fail criteria and provide the groundwork for connected certification schemes and programmes.

However, there have been national standardization efforts to circumvent the fact that internationally accepted standards are inappropriate for additive-mediated plastics, taking advantage of the current lack of specifications to describe biodegradation in less controllable environments, such as marine waters. A related evidence report by SAPEA (Science Advice for Policy by European Academies) on the “Biodegradability of plastics in the open environment”, published in late 2020, mentions two examples of such standards, PAS 9017 and ASTM D6954, that have been evaluated as inadequate. Both include certain pre-treatment steps of the materials which, according to the report, “do not occur in this way and cannot be planned” in a natural environment. Using such standards as basis to make claims on biodegradability, is misleading to consumers and the public.

In general, the mere claim “biodegradable” without indicating the environment in which the biodegradation takes place is increasingly perceived as greenwashing and should not be used. Several countries, such as France or Belgium, have already prohibited the sole claim of biodegradability on products, and others are likely to follow.

For more information on how to make proper claims on biodegradability and compostability, please see the related EUBP publication. General information about standards and labels for bioplastics can be found here.