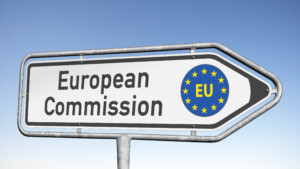 Recently, the discussion about the European Union’s future packaging and packaging waste legislation gathered momentum since a leaked version of the Packaging and Packaging Waste Regulation (PPWR) became public (October 2022). The bioplastics industry is concerned by the proposal’s ignorance towards the significant role of the bioeconomy and its products, including bio-based and compostable plastics, to achieve Europe’s ambitious environmental goals. In its current version, the regulation would shut down entire European businesses developing innovative, sustainable packaging solutions.

European Bioplastics’ general concerns are also echoed by a number of other industries along the entire packaging chain. In a recently published joint statement, a broad industry coalition of different organizations and associations expressed their concerns towards the EU Commision’s PPWR proposal. They see a great lack of consistency with several key principles of European legislation, amongst others, the better regulation imperative, the evidence-based approach, and the evaluate-first principle. Further key requirements, such as cost-effectiveness and proportionality, would be widely ignored as well. “The current approach will lead to a regulatory environment that will be unworkable at best and crippling for whole sectors of the European industry at worst”, say the signatories.

An important part of the industry’s criticism focusses on the design for recycling guidelines that determine which packaging is allowed on the EU market. The proposed prescriptive negative list included in the PPWR draft would only disrupt innovation and investment in the field of recycling which would have far-reaching environmental, employment, and economic consequences. The involved industry also criticizes the proposed refill and reuse targets as not being realistic but disproportionate and, thus, potentially counterproductive. According to the signatories, the proposal also lacks specific instruments that are needed to create a framework for the scaling up of refill and reuse beyond niche projects. Furthermore, it criticizes the lack of specific criteria, related to hygiene, and food health and safety requirements to evaluate the environmental outcome of an upscaling.

In contrast, industry strongly advocate for significant investments in sorting and recycling infrastructure to ensure that packaging is collected in the first place. Another focus of criticism lies on the proposed mandatory recycled content targets for plastic packaging. Due to several challenges, including availability, quality, and cost of recycled plastics as well as legal restrictions, the proposed targets cannot be achieved without comprising packaging functionality.

In conclusion, the supporters of the industry’s joint statement warn that the PPWR as currently drafted will set Europe’s transition process in reverse and may turn the clock back on aspects of the Green Deal. To read the complete statement, click here.