If there is no biodegradability, there is also no gravity 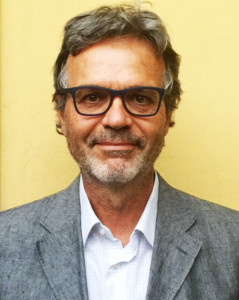 The development of a framework for bio-based and biodegradable/compostable plastics is a key deliverable of the new Circular Economy Action Plan, which was published by the European Commission in March 2020. Several studies have been launched and published since then to lay down the scientific basis for this framework. One of them is the report “Biodegradability of plastics in the open environment” by SAPEA (Science Advice for Policy by European Academies). The report correctly confirms a role for biodegradable plastics within a circular economy. Unfortunately, it also includes a number of unfounded general assumptions that need to be rectified, especially with regards to the general understanding of biodegradability. Read in the following a guest commentary by Francesco Degli Innocenti, Member of the European Bioplastics Working Group Biodegradables and Chair of the Working Group Standardisation.

A stone held in our hands, does not fall down. In this moment, gravity does not matter, is non-existent, the stone is not moving. One could conclude that, when the stone is in the hand, gravity does not exist. As soon as we open our hands, gravity is back, and the stone falls to the ground. However, physics takes a different approach to describe this phenomenon. Gravity is existent, before and after the falling. Before it does not play a role because the hand prevents the gravitational potential energy from transforming into kinetic energy. Or in simple words: the gasoline in a car tank does not catch fire but no one doubts that it is fuel. However, it is wrong to assume that gasoline, at that moment, does not burn, because it is not inflammable. It becomes flammable as soon as certain conditions, for example temperature or oxygen supply, become favourable to the real and evident manifestation of combustion. Chemistry, using an approach similar to that of physics, describes the phenomenon in a different way: each substance has its own intrinsic reduction potential which describes the tendency of a chemical species to react with oxygen (i.e. to burn). The reduction potential is present, even when conditions are not suitable for a redox reaction to occur.

The reluctance to define intrinsic biodegradability as a potential that some materials have (and evidently others do not have) creates paradoxes and increases confusion rather than reducing it. If a banana placed in the freezer does not deteriorate, does this mean that it is not biodegradable under those conditions? In fact, a banana is still biodegradable even when frozen. The problem is that microorganisms are not active at minus 15° C. The banana will soon deteriorate as soon as it is brought back to conditions that favour microbial growth. However, the conclusion should be clear: biodegradation is a system property, biodegradability is not.

So now, there is a terminological confusion which becomes a source of paradoxes. The explanation for this might be found in the following statement: “We are concerned that the concept of “inherent biodegradability” may be misunderstood, misinterpreted or even misused to insinuate that biodegradation is a specific material property of the plastic or polymer and not, as specified above, a system property. We strongly favour the conceptual approach of treating plastic biodegradability as a system property”. This is a social concern, a moral tension to use an adequate terminology which is utilized to influence people that are unable to understand the meaning of scientific terms, and therefore, need to be directed towards socially acceptable behaviours – with suitable terms. However, this is an approach of politics and not science. When science, albeit with excellent intentions, uses the semantics of politics, there is a risk that the two areas intertwine, with negative effects on the clarity and coherence of the scientific analysis. Therefore, it would be useful to resolve the now existing confusion between the terms: biodegradation and biodegradability. A great opportunity to do that would be SAPEA’s current roll-out campaign which includes different discussion events.

In this regard, it should be considered: if biodegradability does not exist when the environmental conditions are not favourable for biodegradation, then the logical conclusion would be that for a stone that it is held in your hand, gravity does not exist at all.