How can people be tempted to drink tap water instead of spring water out of single use bottles in order to help reducing plastic waste? The Amsterdam based disruptive innovator Join the Pipe has the answer and used it for a very successful and at the same time sustainable development project. By installing bottle refill stations and selling (pre-filled) reusable bottles in developing countries, the start-up makes tap water accessible and raises awareness for the issue of water shortage. With the generated income Join the Pipe finances water projects and city clean-ups in developing countries. “I deeply believe in acting local and thinking global, that local projects involving local people with their local knowledge lead to a global change”, explains Geraldo Vallen, co-founder of Join the Pipe, his approach.

Since the start of Join the Pipe already over 3.000 refill stations have been installed. The stations can be built inside and outside or even integrated into a bar. Depending on the weather conditions or the owners’ preferences, the stations can also be combined with filters and coolers. “The pipes” are especially attractive for public spaces as they are easy to install, don’t require a lot of maintenance, and show resistance against the average type of vandalism. Therefore, city councils, schools, universities, railway stations, airports, hotels, and event locations are among the start-up’s main customers.

The reusable bottles are produced using Braskem’s I’m Green™PE, a bio-based plastic made from sugarcane. The use of renewable material not only helps saving primary resources, the sugarcane also absorbs CO2 during the growth process, leading to a negative carbon footprint. Flestic, a Dutch company from Dronten, uses the bioplastic to produce the bottles. They are designed with the shape of the respective city skyline where the installation is located and thus are a great success with locals and tourists. E.g. in the Netherlands in the cities of Amsterdam, Rotterdam and the Hague, the bottles can be purchased in several supermarket chains, such as Albert Heijn, SPAR, Etos, Parade and NS. Currenty, Join the Pipe installations are located in over 20 countries, in major cities, such as Accra, Nairobi, Dublin, Santiago de Chile or Vancover.

With the ongoing successful expansion of Join the Pipe, more and more development projects have been implemented. Mostly in Africa the start-up organizes city clean ups where reusable bottles are handed out and school children receive education on the issue. By installing water pumps, Join the Pipe is making water accessible to everyone, everywhere. Just another successful project is the so-called “water kiosk” in schools, which is run by children. Many of the above mentioned projects help generating sustainable income. Until today, over 300 water-related projects have been set up, and Join the Pipe is constantly searching for new projects to support.

For more information about Join the Pipe: https://join-the-pipe.org/eng/ 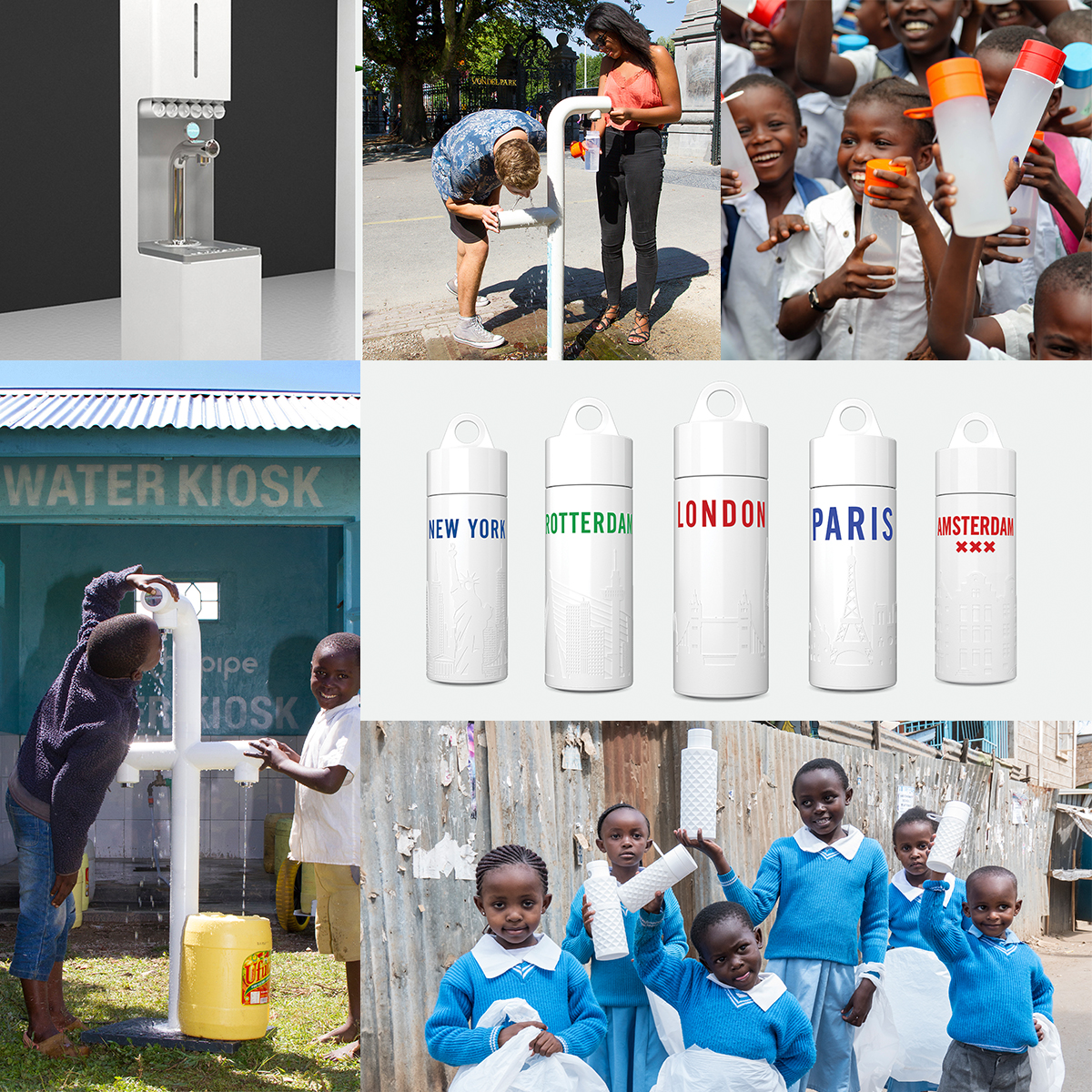