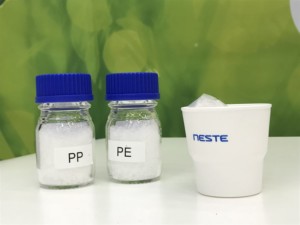 Neste, the world’s largest producer of renewable diesel from waste and residues, and LyondellBasell, one of the largest plastics, chemicals and refining companies in the world, have announced the first parallel production of bio-based polypropylene and bio-based low-density polyethylene at a commercial scale.

The joint project used Neste’s renewable hydrocarbons derived from sustainable bio-based raw materials, such as waste and residue oils. The project successfully produced several thousand tonnes of bio-based plastics, which are approved for the production of food packaging and being marketed under Circulen and Circulen Plus, the new family of LyondellBasell circular economy product brands.

LyondellBasell introduced the new renewable feedstock in its Germany site, which was converted directly into bio-based polyethylene and bio-based polypropylene. An independent third party tested the polymer products using carbon tracers and confirmed they contained over 30% renewable content.

LyondellBasell sold some of the renewable products produced in the trial to multiple customers, one of which is Cofresco, a company of the Melitta Group with brands like Toppits® and Albal® (Europe’s leading supplier of branded products in the field of household film). Cofresco plans to use the Circulen Plus bio-based polyethylene to create sustainable food packaging materials.