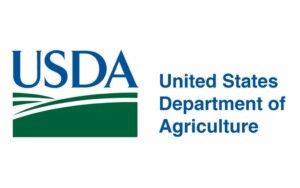 On 29 July, the United States Department of Agriculture (USDA) Deputy Under Secretary for Rural Development Justin Maxson unveiled an Economic Impact Analysis of the U.S. Biobased Products Industry. The report demonstrates that the bio-based industry is a substantial generator of economic activity and jobs, and that it has a significant positive impact on the environment.

“Bio-based products are widely known for having a substantially lower impact on the environment compared to petroleum-based and other non-biobased products,” Maxson said. “Beyond being more responsible alternatives, these products are produced by an industry responsible for nearly 5 million jobs in the United States alone. Under the Biden-Harris Administration, USDA is playing a key role in labelling bio-based products so that consumers can make educated decisions for themselves, their families and their places of work.”

According to the report, in 2017, the bio-based products industry supported 4.6 million American jobs through direct, indirect, and induced contributions. The industry contributed $470 billion to the U.S. economy and generated 2.79 jobs in other sectors of the economy for every bio-based job. Additionally, bio-based products displace approximately 9.4 million barrels of oil annually and have the potential to reduce greenhouse gas emissions by an estimated 12.7 million metric tons of CO2 equivalents per year.

Not for nothing, the report was published on the 10th anniversary of the creation of the USDA’s Certified Biobased Product Label. Established in 2011 underneath USDA’s BioPreferred Program, the label is intended to spur economic development, create new jobs and provide new markets for farm commodities. By harnessing the powers of certification and the marketplace, the program helps purchasers and users identify products with bio-based content and assures them of its accuracy. As of June 2021, the BioPreferred Program Catalog includes more than 16,000 registered products.