The world’s first bio-based, circular car has been successfully designed and built in the Netherlands by the Technical University of Eindhoven. This is the first time that a car chassis and all bodywork has been made from natural and bio-based materials – no metal or traditional plastics were used for the structural parts of the car. The parts are made up of light and strong sandwich panels, based on natural fiber flax and Luminy® PLA supplied by Total Corbion PLA.

The car, named Noah by the TU/ecomotive student team, was designed as a city car and features two seats and a spacious trunk. Noah was revealed earlier this month and is currently undertaking a European tour of car manufacturers, suppliers and universities to inspire others. In addition to its bio-based composition, it is also ultra-light and electrically-powered. Noah reaches a top speed of 110 km p/h and the battery range lasts up to 240 km. At 360kg, the weight of the car excluding batteries is less than half the weight of comparable production cars. In addition to being bio-based, the parts are also recyclable, resulting in a 100% circular car, sustainable in all life phases.

The PLA supplied by Total Corbion PLA for use in the car is bio-based and recyclable and made from renewable resources, offering a reduced carbon footprint versus many traditional plastics. High heat Luminy® PLA grades were used to construct the car, in order to ensure durability and sufficient heat resistance. 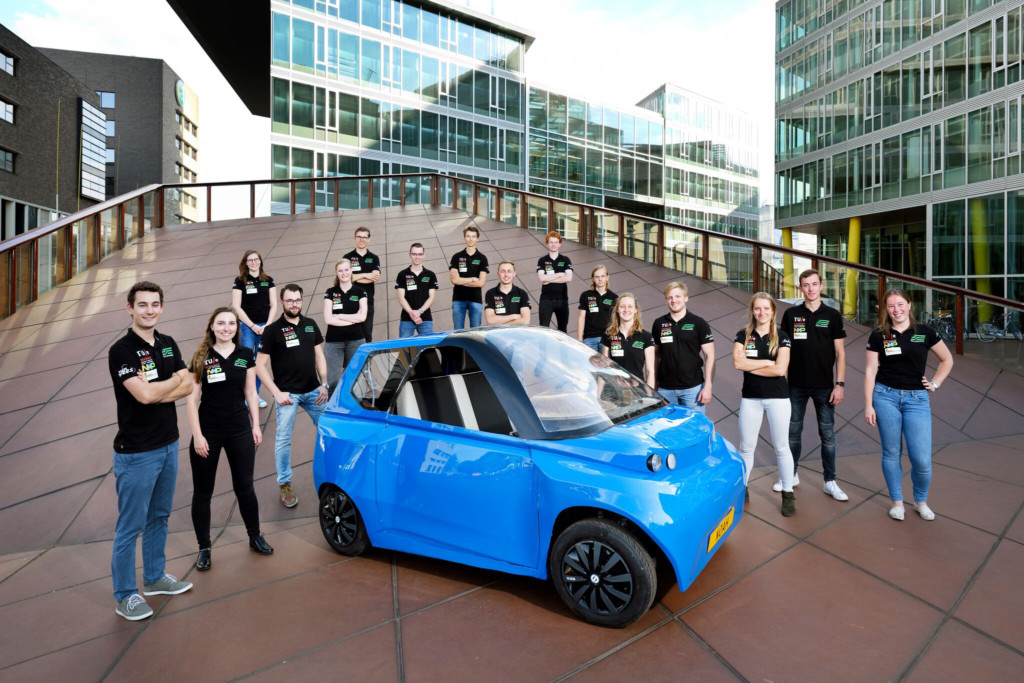 Student team at TU/ecomotive who worked on Noah, the world’s first circular car.