On 21 March 2018, Member of the European Parliament Franc Bogovič (EPP) hosted a breakfast debate on ‘Biodegradable mulch films: Reducing environmental impact of plastics in agriculture‘. The aim of the workshop was to provide the EU institutions with scientific information about the technology of biodegradable plastics, in particular their benefits in agricultural applications such as plastic mulch films, and to discuss if and how biodegradable mulch films are a beneficial alternative to conventional plastic mulches.

Presentations by Paolo Di Stefano (Coldiretti / member of Copa-Cogeca), Bruno de Wilde (Organic Waste Systems) and Dr Andreas Künkel (BASF) underlined the importance of mulch films for farmers as they help to protect the plants, to improve the soil, and help to increase yields. The presenters also explained biodegradation of plastics – a process during which the polymer is fully transformed into CO2, water, and biomass with the help of microbes and fungi. Furthermore, the specific conditions in the soil when biodegradable mulch films are ploughed in at the end of the crop cycle were explained in more detail as well as the strict criteria of the recently published CEN standard for biodegradable mulch films EN 17033.

More than 35 participants form the European Commission, Parliament and Council showed their interest in this innovative technology. Following the detailed technical presentations, the participants engaged in a lively Q&A session. Questions focussed on market share, costs, further research with regards to microbial population, and a potential integration of biodegradable mulch films into the Fertilizers Regulation. 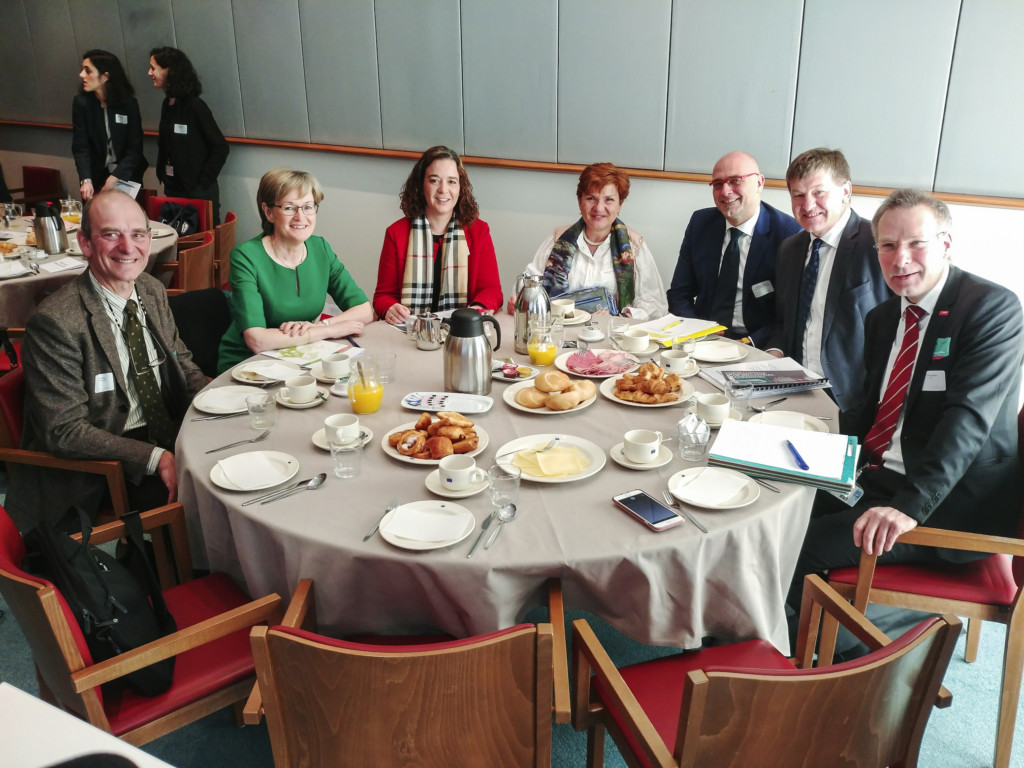 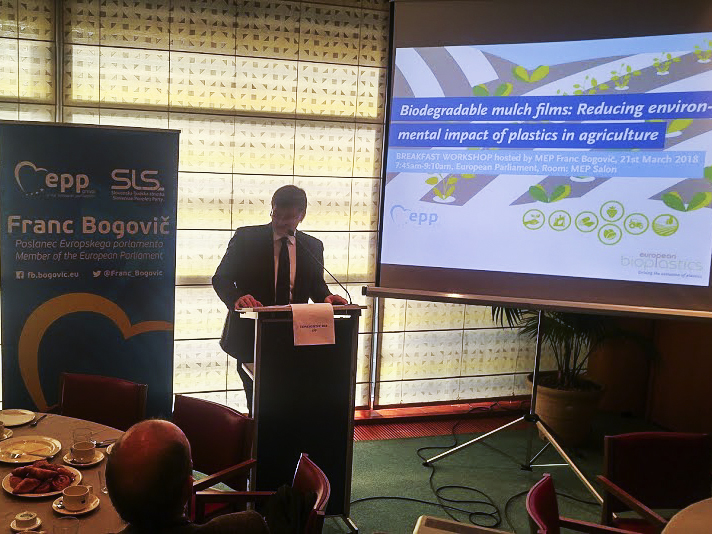 Welcome and introduction by MEP Bogovič 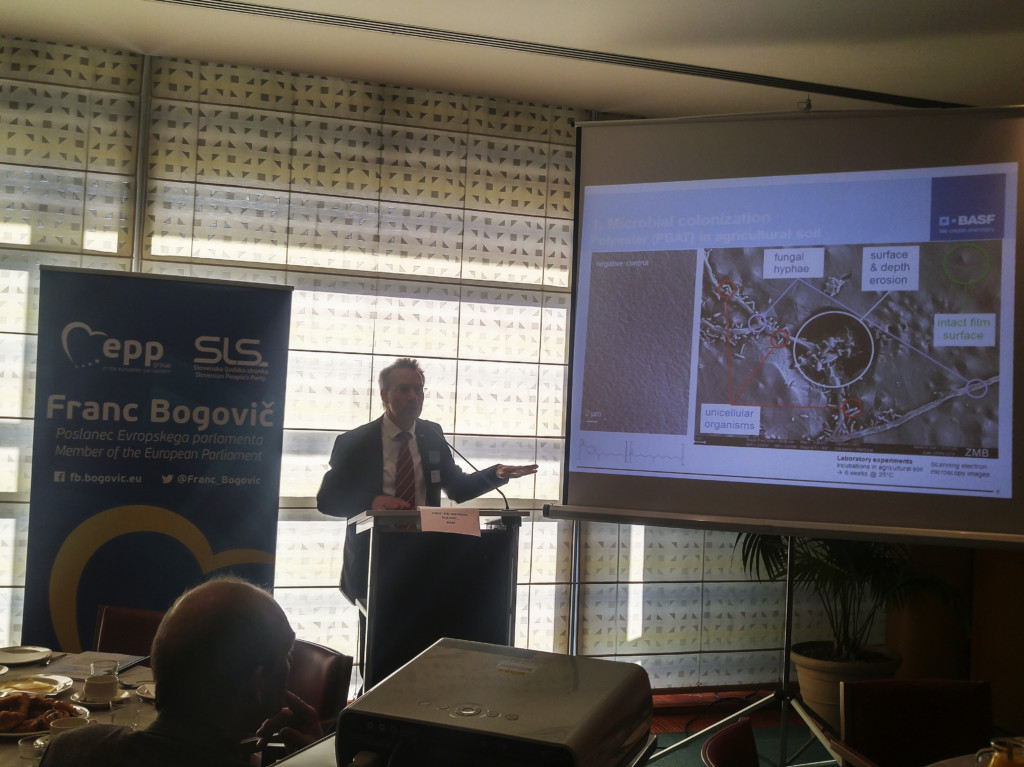