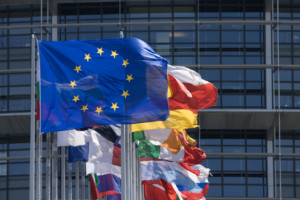 On 8 February, the European Parliament adopted its Own Initiative Report on the Circular Economy which recognised the role of bioplastics for the future. Amongst other issues highlighted, the MEPs emphasised the potential role of bio–based and biodegradable and compostable plastics in the circular economy whilst noting that bio-based and/or biodegradable plastics alone will not provide a solution to the environmental concerns related to plastics. They also noted the importance of raising awareness on the proper use of bio-based and biodegradable plastics and acknowledged the role of biodegradable/compostable plastics in the recovery of biowaste. MEPs further called on the Commission and Member States to ensure that the separate collection of bio-waste, as introduced by the Waste Framework Directive, is implemented. This improves the production of high-quality compost to support soil enhancement and the generation of renewable energy.

Although the INI Report is not legally binding, it sets out the Parliaments opinion on the European Commission’s (EC) action plan published in March 2020.

Together with many other organizations and industries, the bioplastics industry welcomed the Parliament report. The EP’s report urges the Commission to make a legislative proposal to implement the goal of halving food waste by 2030 in line with the commitments included in the EU’s Farm to Fork Strategy and based on data reported by the Member States. It also calls on the EC to integrate the prevention of food loss and food waste along the entire food value chain into all relevant EU policies.

The report also calls upon the Commission to increase the use of organic nutrients, such as compost, instead of synthetic fertiliser. Finally, the EP’s report highlighted the key importance of investments to scale up organic waste collection and composting. It recalled the Commission and Member States’ obligation of ensuring that, by 31 December 2023, bio-waste is either separated and recycled at source, or collected separately and not mixed with other types of waste. In this context, it urges both to undertake the necessary direct investments.

The explicit recognition of the potential role of bio-based and biodegradable / compostable plastics in the circular economy by the European Parliament is of some significance, as the European Commission is currently developing a framework for bioplastics which is scheduled to be completed by the end of 2021.