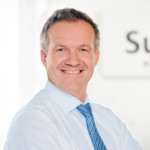 In each issue of the Bioplastics Bulletin, we present 5 facts about a member of European Bioplastics. In this issue, Andrej Brejc, Managing Director at Succinity GmbH provides an insight into bio-based succinic acid, a promising building block for various bioplastic applications.

We use cookies to ensure that we give you the best experience on our website. By continuing to use this site, you agree to the use of cookies.ContinuePrivacy policy
Go to Top