Peace of mind for families (and the environment)

Concerns about harmful chemicals, health and environmental effects lead more and more parents and toymakers alike to switch to high-quality, sustainable, and safe toys made from bio-based instead from petroleum-based materials.

Next to a growing number of new start-ups developing bioplastics toys, big players such as Lego and Hasbro are also investing heavily in the search to phase out fossil-based materials in their products. Exploring options to make toys from sustainable bio-based plastics gives toymakers the opportunity to size up improved performance characteristics, and, at the same time, a chance to demonstrate their commitment to innovation and to ensuring their users will inherit a healthy planet. While plasticisers – chemicals that are used to give the material flexibility – are one of the main reasons for concern in conventional toys, most toys made from bioplastics do not use BPA or plasticizers, but a range of acceptable natural additives is available if necessary.

One of the biggest news this month came from Lego, the Danish toy company famous for its plastic toy bricks, who announced that it has started to make the botanical elements such as leaves, bushes, and trees from bio-based polyethylene (PE) derived from sugar cane. The move is a first step in a plan the company announced in 2015 to reduce its impact on the environment by phasing out fossil fuel-derived plastic. EUBP member and Brazilian company Braskem is supplying Lego with the bio-based PE. Braskem has developed a process for converting ethanol from sugar cane into ethylene, the precursor for PE. The sugarcane is sourced responsibly and certified by Bonsucro. Braskem’s Green PE is fully recyclable and contributes to the reduction of greenhouse gases. Initially, Lego will make only the botanical elements using bio-based PE. 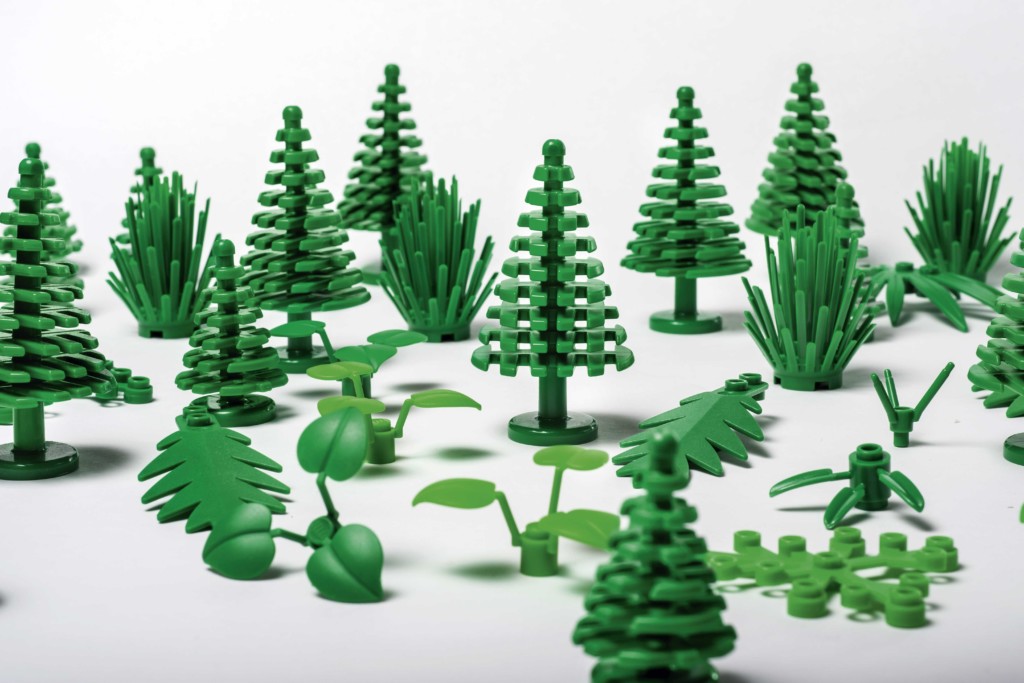 Hasbro, the largest toy maker in the world known for some of the best-selling games such as Monopoly and Scrabble, announced that they will begin using plant-based polyethylene terephthalate (PET) for blister packs and plastic windows in its product packaging starting in 2019. In 2013, the company replaced polyvinyl chloride (PVC) with PET. In 2015, Hasbro achieved 90 percent recycled or sustainably sourced paper for packaging and in-box content, and moved from PET to post-consumer recycled (rPET) in 2016. As a next step in the company’s efforts to enhance sustainability, Hasbro said it will use bio-based PET made with 30 percent plant-based material derived from agricultural by-products.

BioBUDDi, a Dutch toymaker, launched its first line of toy bricks made from bioplastics last year. The bricks are comparable to conventional bricks in terms of their safety, durability and looks, but they are made from bio-based PE derived from sugarcane. The toys are manufactured in the Netherlands. The launch of the bricks has been so successful, that the toymaker is already working on a new line of wildlife & farm animals that will be available this summer. 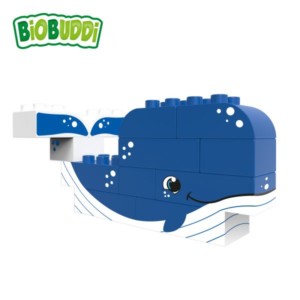 BioSerie, a toymaker based in Hong Kong, was one of the first brands in the world to achieve 100% biobased certification in the toy industry. The company offers a wide range of basic developmental toys for babies using a special proprietary blend of modified PLA (Polylactic Acid) and natural additives. Their toys are made with organic colorants that are specially developed for biopolymers. 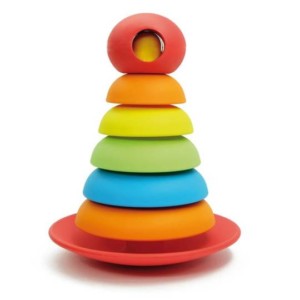