Recent Progress on the Promotion and Standardization of Bioplastics in Japan 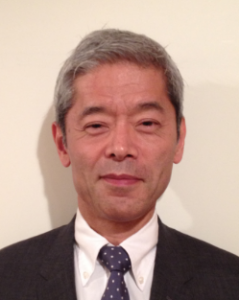 Read in the following a guest article by Yorimasa Suwa, Adviser for International Standardization, Japan BioPlastics Association (JBPA). The views in this lecture are those of the author and do not necessarily reflect the views and policy of the organizations.

Over the past few years, the Japanese government has made great strides in developing policies on environmental issues related to plastics. Needless to say, this has provided significant guidance for Japanese bioplastic industry in general. One of the most significant developments was the enactment of the “The Plastic Resource Circulation Act” which was promulgated in June 2021 and went into effect in April of 2022.

This law includes a “Design for the environments by manufacturers,” a “Reduction of single-use plastics by retailers and service providers,” and a “Separation, collection and recycling of plastic waste by municipalities and private sectors”. The first section of the policy states that the government will certify the products designed for an environment that meets the guidelines. Furthermore, it wants to create a society in which consumers can choose such products. Naturally, bioplastics are among these products.

Already in 2019, at the G20 Osaka Summit, Japan proposed the “Osaka Blue Ocean Vision” aiming to reduce additional pollution from marine plastic litter to zero by 2050, which was shared among the global leaders. In May 2019, a corresponding “Roadmap for the Development and Implementation of Marine Biodegradable Plastics” was formulated. The three phases of the roadmap include a social implementation of practical technologies (improvement of biodegradability reliability and demand development through the formulation of ISO, etc.), versatility through technological development of composite materials (cost reduction, improved processability of composite methods, etc.), and Research and development of innovative materials (discovery of new microbes, addition of biodegradation control functions, etc.). In the first phase, Japan BioPlastics Association (JBPA) will take the lead in proposing new standards for marine biodegradability to ISO and will be responsible for the establishment of new certification system based on these standards.

The standardization of biodegradability in ISO/TC61 (Plastics) has been carried out by the former SC5/WG22 established in 1992, and later by SC14 (Environmental Aspects)/WG2 through reorganization, and 20 standards have been established so far. Since its inception, the Japanese convenor has taken the lead, and there have been many standards proposed by Japan. However, the standards for marine biodegradability that have been established relatively recently have been developed mainly by Italian and German experts as project leaders, and there has been only a little contribution from Japan. This roadmap aims to improve the marine biodegradability testing process so that it can be conducted more reliably and efficiently under Japan’s leadership, including reflection on this situation.

Finally, I would like to add a few words about my own personal activities: ISO has established liaisons between related technical committees to avoid duplication of work and discrepancies between them in the preparation of new standards. I myself have been working as the liaison representative from TC61/SC14 to TC38 (Textiles)/WG35 (Environmental aspects), TC207 (Environmental management)/SC7 (Greenhouse gas emission), and TC308 (Chain of custody).

Of these, it is well noted that TC308 aims to standardize the mass balance method. The JBPA’s biobased plastics identification and certification system is based solely on the measurement of biobased content using 14C, and the discussions in Japan on the certification of biobased plastic products by the mass balance method have been delayed compared to those in European countries. I would like to contribute to the domestic and international discussions on this issue by advancing the liaison between TC61/SC14 and TC308.