Single Use Plastics and Compostable Biopolymers – The India Story 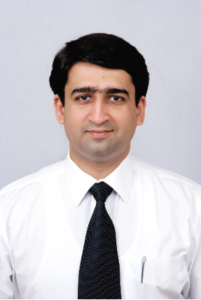 Read in the following a guest article by Vikram Bhanushali, President of our partner association, the Indian Compostable Polymer Association (ICPA).

India’s single use plastics (SUP) packaging growth is on an exponential trajectory. Reports estimate the packaging consumption in India has doubled in the past decade, rising from 4.3 kg per person per annum (pppa) to 8.6 kg pppa. It’s driven by the population’s consumer behaviour arising from the door-delivered consumer goods, groceries, take away foods, etc. In the past, this development mainly concentrated on India’s major cities and metros. However, the majority of the Indian population resides in villages and tier-1/tier-2 cities with over 50,000 respectively over 100,000 inhabitants. Now, services like door-deliveries are also accessed by the growing young working population with increasing income levels. They are located in the smaller urban areas. Here you find a fast adoption to the “Ease of Convenience” type of consumer behaviour. Though the urban and semi-urban areas contribute majorly to the use of SUPs, the share of the villages in waste generation is also growing rapidly. Despite the fact that the villages used to lead a very sustainable way of life virtually refusing the use of any synthetic materials. In general, the Indian population is on the “Re-use” side of consumption and would utilise all possible means to multiple use, in this case plastics, until it’s finally discarded.

According to the Ministry of Environment, Forest & Climate Change, in the year 2018-19, 3.3 million metric tonnes of plastic waste were generated in India. This roughly translates to 9,200 tonnes a day. The total municipal solid waste generation is 55-65 million tonnes, and plastic waste accounts for approximately 5-6 per cent of the total solid waste. SUP has a share of 40% of the generated plastic waste. In the household, organic waste is still disposed in recycled conventional plastics trash bags and ends up in the landfill. The same fate awaits the take-away food containers as they are not recycled.

The solid waste management and subsequently the plastics waste management rules in India were amended in 2016 and 2018. They now include a definition of “compostable plastic” and were thereby introduced into the plastics ecosystem. The policies also prohibit selected SUPs and provide a legal basis for sustainable alternatives. Thus, certified compostable products are allowed to be manufactured and sold in the Indian Market. However, in preparation of a market entry, manufacturers need to undergo a comprehensive certification and registration process. It includes product testing as per Indian Standards IS/ISO 17088 which is based on EN 13432 and ASTM D6400. Currently there are around 160 registered manufacturers and registration of more companies are in the process.

When it comes to the implementation of national law, India’s political and societal structures must be respected. The country is a union of 28 states and 8 union territories that are demographically diverse. Each state has its own social and economic priorities and political commitments related to its progress and development. States have the final say when it comes to the implementing of national policies but they have to meet their respective targets to reduce plastic waste. The Covid pandemic delayed the implementation of the national waste policies but now the process gained momentum with the adoption of a national uniform policy on plastic waste. According to an official notification, a list of selected SUP products will be prohibited in a phased manner starting September 2021 and ending by July 2022. Compostable plastics have been adopted in the policy further reinforcing the Government’s commitments especially from the honourable Prime Minister of India, Mr. Narendra Modi, to reduce plastic waste at the earliest possible.

The Indian Government has invested in composting infrastructure all over the country especially in major cities with installed capacity to produce 1 million tons of compost. The availability of composting plants is very conducive for developing an Organic Recycling Model for wet waste/organic waste management with certified compostable trash bags and making quality compost which can then be utilised as soil conditioners thereby reducing landfills in the long run.

In this pivotal time for bioplastics in India, an informal group of national and multi-national bioplastics companies founded the Indian Compostable Polymer Association (ICPA) in December 2018. The network includes resin and compound manufacturers, product manufacturers and, compostable masterbatch manufacturers. ICPA’s mission is to advocate for compostable bioplastics, promote a sustainable circular economy, and its incorporation into national legislation. The association also advocates for waste separation and collection as well as for downstream recycling models to achieve a thorough waste management. Despite being a young association representing a young industry, ICPA already plays its role in helping to shape the economic and political environment for the Indian bioplastics industry. ICPA also intends to expand its activities on the global platform by collaborating with global bioplastics associations and institutes, like European Bioplastics, Australasian Bioplastics Association, Biodegradable Products Institute and many more.