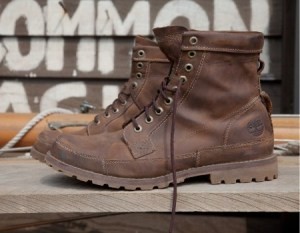 Timberland increases the use of renewable materials in its shoes

In 2018, a total of 69% of all Timberland footwear shipped in 2018 contained major components (e.g., uppers, linings, and outsoles) with at least 10% recycled, organic or renewable (ROR) content, up slightly from 67% the previous year.

Renewable materials are defined by Timberland as plant-based materials which replace the use of fossil fuels in its products (e.g. castor bean oils used in outsole compounds, hemp and bamboo). In a statement, Timberland said the company was “working hard to reach its goal of 100% by 2020” by requiring all new footwear styles to incorporate ROR materials.

All inflight products on board QF739, flying from Sydney to Adelaide, were disposed of via compost, reuse or recycling. About 1,000 single-use plastic items were substituted with sustainable alternatives or removed altogether from the flight. Alternative products used during the flight include meal containers made from sugar cane and cutlery made from crop starch, all of which is fully compostable. At the end of the meal service, Qantas cabin crew collected the items left over for reuse, recycling or composting in multiple waste streams.

In its effort to remove 100 million single use plastic items every year by the end of 2020, Qantas and Jetstar will replace 45 million plastic cups, 30 million cutlery sets, 21 million coffee cups and 4 million headrest covers with sustainable alternatives.

Novamont returns to the Giro d’Italia with «Ride Green»

For the forth year in a row, Novamont will provide all the refreshment areas of the Giro with plates, glasses, disposable cutlery and containers for food and drink made out of MaterBi. The bioplastic material designed by Novamont can be disposed in composting plants together with food scraps. This initiative is part of the project “Ride Green”.

Separate collection bags will be distributed in all the village stands and in the hospitality areas. More than 1,200 containers will also be sent to the municipalities of departure and arrival of the stages to be donated to administrations and companies.

“Ride Green” is promoted by RCS Sport in collaboration with the Erica cooperative. In 2018, the project enabled 90% of separate waste collection in all the eighteen Italian stages of the Giro, recovering 75 tons of waste.